The Association for Political and Legal Anthropology is featuring interviews with our members who participated in Law and Society Association’s annual meeting in Minneapolis this year.

APLA  begins this series of interviews with a conversation between Aries de la Cruz (Rutgers) and Simanti Dasgupta (Dayton), who presented Contagion and the Condemned: HIV-AIDS and Sex Work in the Postcolonial Context as part of the session Reverberations: Race, Narrative, and Empire at the LSA meetings.

Aries: Before we start, tell us a little bit about your experiences at LSA, and whether you have gained any insights from presenting your paper and how it will be used to develop your work going forward.

Simanti: This was my first time attending LSA Meeting. It was a wonderful experience and I met several anthropologists, who like me are working at the intersection of law and society. I think if I were to point to one thing that stood out for me was the value of ethnography in dismantling how legal issues take shape and morph in everyday experiences. The feedback that I received from my session was to pay greater attention to the actual language of the law. In developing my work I want to further examine how the language of the law is interpreted and more importantly, subverted in the social margins.

I am also excited about the formation of a new CRN, “Ethnography and Law”, which I think will augment anthropological research in the area of legal studies.

Aries: Your paper discusses how sex workers in Sonagachhi, India are willing to undergo testing for HIV, yet they face tremendous social and cultural challenges in obtaining the results of their test. You theorize through your research that the sex workers’ denial or refusal to engage with these results is not because of the issue of medicine, or being a part of a high-risk group, but rather the primary reason seems to be the threat to their livelihood and labor. Part of this is through a sex-trafficking prevention law that you say is a “reincarnation” of a colonial-era law that was premised on policing immortality, something that is a fundamental problem that other postcolonial scholars have also pointed out.

I have a few questions regarding this. First, to what extent does this finding by scholars influence the actions of policymakers and stakeholders in re-producing laws regarding public health in the post-colony? Are they aware of the colonial antecedents and effects of the earlier immorality laws?

Simanti: The extent to which current policy makers incorporate the findings of scholars who have been working on the issue of sex work and health, is at best minimal. The scientific language of HIV-AIDS prevention programs based upon standardized best practices, lends itself to very little scrutiny.

Additionally since much of the preventive and therapeutic language is drawn from a larger global medical regime, the adherence to standardized methods apparently makes the programs historically neutral. For example, the National AIDS Control Organization (NACO) in its current phase, NACP IV, continues to identify female sex workers (FSWs) along with others (MSMs, IDUs, truckers, and migrant workers) as High-Risk Groups (HRGs) and Bridge Populations. Thus, the sex workers (and the other groups) constitute the populations, who have been isolated for targeted interventions. Yet, when we move to treatment and palliative care for those who are HIV positive or have progressed to AIDS, there is an absence of special provisions for FSWs. The Anti-Retroviral Therapy (ART) Centers are mostly located in the public hospitals, which is open to everyone. As one State AIDS Control (SAC) official mentioned to me that everybody is the same when it comes to HIV-AIDS. While on one hand, I can appreciate the fact that NACO embraces the Indian Constitutional rights, and envisions a nation where everybody will be treated equally and will receive identical care for HIV-AIDS, the reality of sex workers’ lives, is far more complex. My ethnographic work unmistakably reveals that the ART Center as a modern medical space, alienates the sex workers at multiple levels ranging from the use of English as the language of medicine, the relentless efforts of the women to hide their identity as sex workers while trying to avail treatment, to adherence to medications and prescriptions. Added to this, once the sex workers step “outside” (as they call it) the red light district to go to public hospitals, there is the specter of the anti-trafficking regime and its related criminalization of sex work.

Criminalization here is not a question of legality alone. More importantly, it is a direct threat to livelihood for the women who have almost no other means to earn a living for themselves and their families.

I think the postcolonial predicament lies in navigating the collective good, that is public health on one hand in a free nation, while also inadvertently drawing on historical precedents of colonial systems of public health. Nonetheless, while I highlight the troubling continuity of colonial laws in the case of sex work, this is by now obvious in other domains as well, especially those relating to homosexuality.

My point is not simply to draw attention to this continuity or reverberation, as I prefer to call it, but to recognize the field of possibility that is historically available to both the policy makers and stakeholders. This history is a collective inheritance, which therefore needs to be collectively interrogated for the women I have come to know to become full citizens.

Aries: Your paper also discusses how sex workers collectivized themselves and founded their own organization, Durbar Mahila Samanawaya Committee (DMSC) using the framework of labor and economic rights. While the nature of their work is sexual, from my reading of your paper, this was strategically separated in order to position themselves as modern legal subjects within the power of a democratic state like India. What role does the DMSC’s labor and economic framework that is separated from the moral discourse play in regards to the ways in which the sex workers see public health interventions as a challenge to their livelihood?
Simanti: The separation of the sexual or the affective from the issue of labor, and highlighting the latter, is definitely strategic and resolute. From its inception in 1995, Durbar Mahila Samanawaya Committee (DMSC) positioned itself as a workers’ movement. It is also the time, starting in the mid-1990s, that the women began their jagged transition from the stigmatized mark of the “prostitute” to identifying themselves as “sex workers”. Slogans such as “Love’s Labor, Just Labor” were adopted in marches and meetings to publicly convey the importance of labor to the movement. The sharp and specific departure from morality was critical to highlight the complex and rather exploitative labor conditions that the women face in earning their livelihood. The primary goal was to gain state recognition of sex work as a legitimate form of labor. The untangling of brothel-based commercial sex from the morally laden mere pleasurable pursuit was important to devise a realistic portrayal of sexual labor.

It is important to note that the women I work with often declare their unwavering love for HIV-AIDS. It seems absurd at first. They often argue and accurately so, that without AIDS they would not have gained the visibility they did with the state intervention programs. It is disquieting to think of the convoluted path of this visibility. However, one cannot deny that the presence of the state in the red light districts like Sonagachhi has been heightened with the establishment of ICTCs and the employment of peer-educators. Here, the history of DMSC is telling. The Songachhi Intervention Program (SHIP), which started as a state program in 1992 led to the formation of DMSC in 1995. DMSC arose from a realization that the sex workers needed to collectivize in order to enforce prevention methods, especially the clients’ use of condoms, and demand labor rights to avoid work hazards related to health and well being. On the other hand, the HIV-AIDS epidemic also coincided with the global renewal of the anti-trafficking regime and sex workers in India emerged at the center of the Immoral Trafficking (Prevention) Act either as “victims” or “criminals”. The ITPA intensified police violence who singularly or in tandem with local and international rescue missions conduct horrific raids often leading to the arrest of women without evidence deemed to be underage (below 18) or trafficked.

The current convergence of the medical and the legal, which has strong colonial antecedents in the Contagious Diseases Act and the Cantonment Acts of the mid-19th and early 20th centuries respectively, is difficult to neglect. Hence, the standardized blanket medical measures NACO uses to treat otherwise ostracized sex workers and the broader legal apparatus such as the ITPA that is punitive towards sex work, together pose a severe challenge to the question of livelihood.

Bureaucracy, Justice, and The State in a Post-Accord Colombia: Emergent Conversation 10 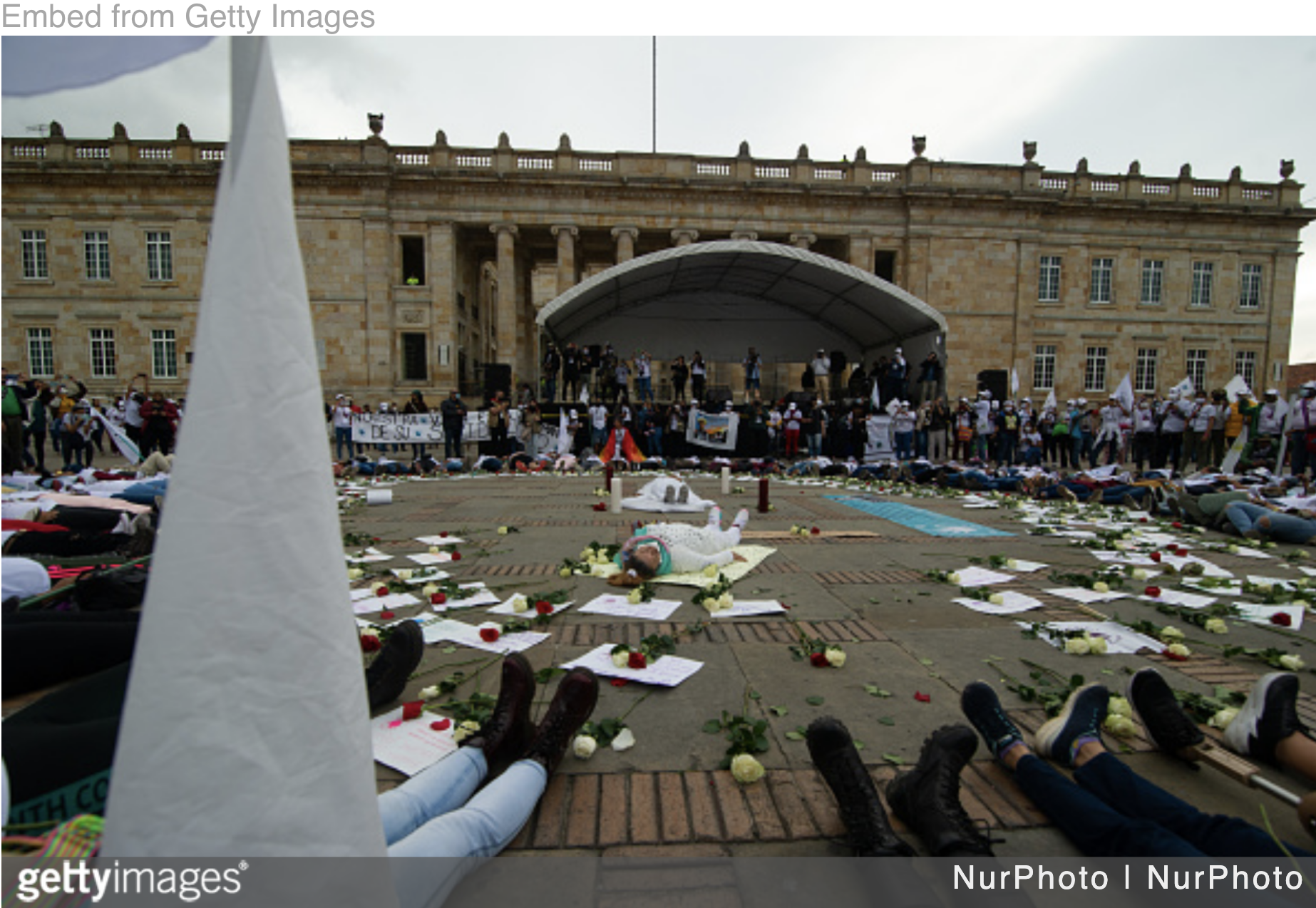 Introduction to Bureaucracy, Justice, and The State in a Post-Accord Colombia 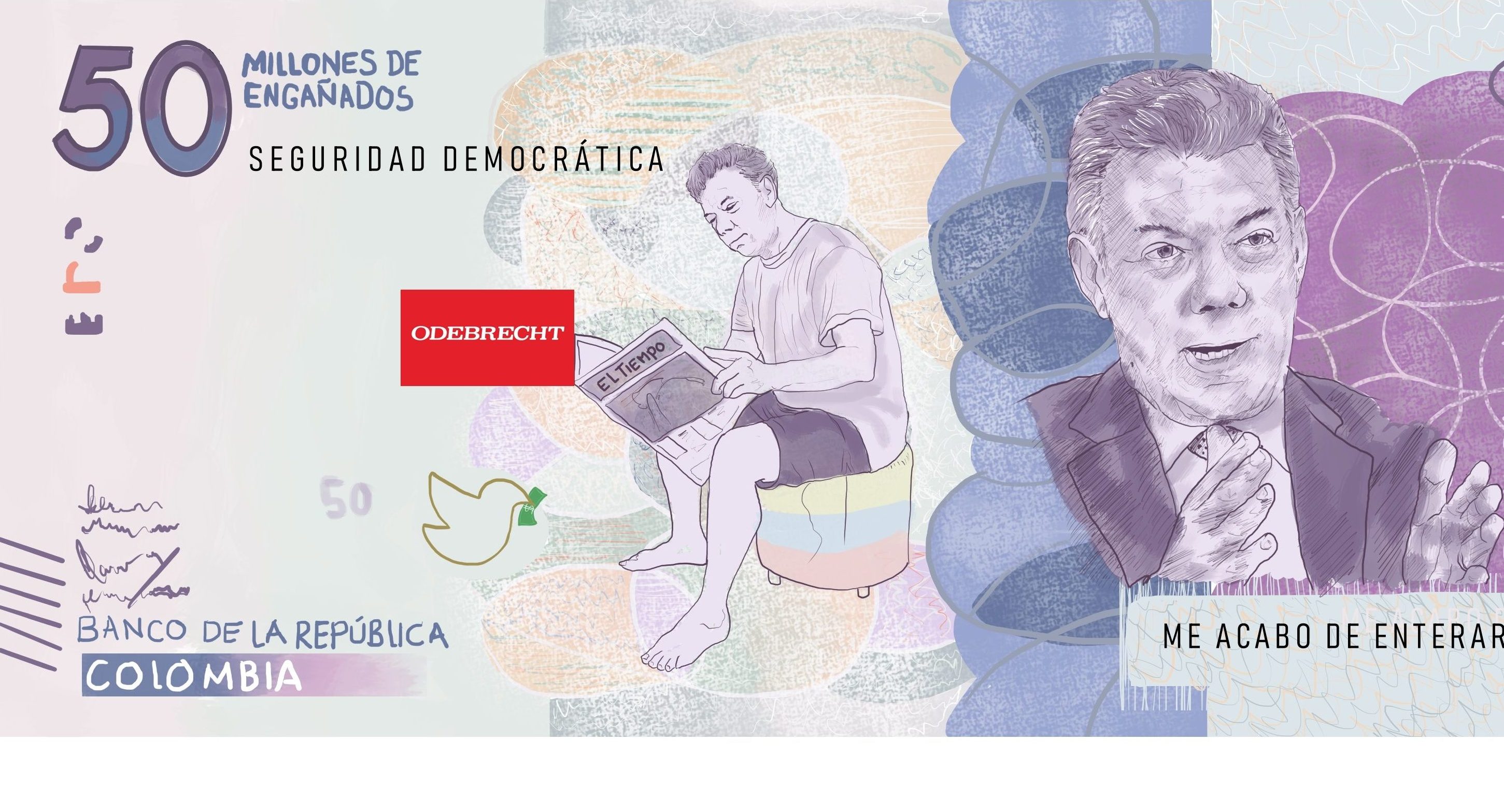