Scholarship and Politics in Brazil

Karina Biondi was the 2017 APLA Book Prize winner, for Sharing This Walk: An Ethnography of Prison Life and the PCC in Brazil. The book was edited and translated by John F. Collins and was published by the University of North Carolina Press.

Good afternoon! First of all, I would like to apologize for not being able to attend this meeting and receive the award personally. In spite of my absence, you cannot imagine the happiness I feel.

I did not get here–even in disembodied or mediated form–alone. It is impossible to list all the people who cooperated to make the book a reality. I would like to express my deepest thanks to John Collins, who was a great supporter of the book as well as responsible for its translation into English. I thank also the publisher, UNC Press and colleagues who submitted letters of recommendation for the translation of the book: Magnus Course, Desmond Arias, and Sean Mitchell. Finally, I thank Professor Jorge Villela. In addition to serving as my dissertation advisor and partner in reflection, he imagined me going to places I had never imagined myself. It was he who first showed the book to John Collins, whose appreciation of the text would result in its translation.

This award represents a recognition of years of hard work, effort, sacrifice, and dedication to multiple roles. But it also symbolizes a lot more. The fact that this award has been offered to a Brazilian woman and young researcher illustrates the success of some policies, both academic policies and state-centered. Such successes result in part from an investment put forth for many years and quite intensely by many researchers who have struggled not only against the legacies of colonialism, but also against colonialist practices. These are not restricted to countries in the northern hemisphere alone. We find in Brazil, for example, colonialist attitudes, which divide the world into two types of places: those where fieldwork is carried out and the other, privileged, spaces where (real) anthropology, and thus the work of “theory,” is done. This is replicated in state policy, which until just over a decade had promoted the concentration of academic production in a few research centers in Brazil.

If that policy were still in force, I probably would not be here. The expansion of education and research in Brazil promoted by the government of then-President Luis Inácio “Lula” da Silva created the conditions of possibility for me to enroll in a postgraduate course that was still newly created, and outside the traditional, “respected,” research centers. At the Federal University of São Carlos, I had a perfect environment for my academic training. Among young teachers, who mixed rigor and freshness, I had the freedom and incentive to dare. In the social field and state politics, I could dare to be a PhD. In the academic field, I could dare to challenge, on the basis of my ethnographic material, certain problematic ideas that had become consolidated in the anthropology and sociology of violence.

Unfortunately, the conditions of possibility that have made this award possible for me are at this very moment threatened gravely. The policies implemented in the Lula years are being dismantled rapidly by political actors who cooperated in a parliamentary coup in Brazil in 2016. Investments in education and research have suffered deep cuts and universities are experiencing serious financial crises. This is the main reason why I am not here to receive the prize (for which I apologize again).

Even so, we are fighting here in Brazil to defend what we have achieved. We are trying to avoid the return of that colonialist model that concentrates in few research centers the prerogative to do science, relegating to others the role of places to be studied. At the same time, on another scale, we also continue to struggle to avoid being seen as data providers for intellectual work. We hope instead to build up real theoretical discussions with our colleagues in the northern hemisphere. I think this award is a demonstration of victory for all those who have denounced and fought against colonialism in different American nations, in anthropology, in academic policies, and in state policies. And, in this light, I have to thank the APLA, and my colleagues who made up this year’s prize committee, for this opportunity and recognition. I believe that we should think more and more about new forms of collaborative work. Thank you. 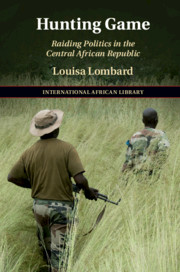