In 2012, during my fieldwork in a semi-open socio-educational center on the outskirts of the city of São Paulo, I participated in a meeting with an adolescent offender who had been referred by the Brazilian juvenile court to serve a penalty described as “assisted freedom.” In this small, quiet, sparsely furnished room, a technician explained to the boy and his mother that she would be the “advisor” to the adolescent during this period. She said she was the “bridge” between them and the judge, responsible for applying the legal requirements and informing the court of everything that took place during the months he spent in the center. The offense that led to this “assisted freedom” was not a topic of great interest at the meeting. During my fieldwork I came to notice that the offense never seemed to be important during these visits. The teenager in this case was a first-time offender and had only spent a day incarcerated before the judge referred him to the “assisted freedom” program.

While filling out the first reports for his visit, the technician asked for information about the teenager’s situation with regard to his school, family, and professional life. She asked if he already had his identification documents and his work booklet. When he responded that he was enrolled in school and had landed a job, she said, “Halfway there… this is what the judge will want to know.” The mother then asked the technician if the offense would remain on the boy’s criminal record after he completed his sentence. No, the technician replied, but she added that if they did not act in accordance with the rules and referrals they were given, the judge could incarcerate him for up to three years, or “add on” other educational measures over time. The reports produced by the technical team are intended to inform the judge about the teenager’s progress, as well as the problems faced during his time in the program. She emphasized that he had been lucky to stay only one day at the CASA Foundation,[1] and even luckier that he was sentenced to only six months of “assisted freedom.” He consequently should work hard to avoid the risk of being imprisoned again.

Worldwide, increased incarceration along with legislative and penal rigor have emerged in a climate of growing conservatism. In this context, the young population (comprised mostly of people who are Black) emerges as a central target of state discourses and interventions. In Brazil, governmental statements and experiments are a jumble of both punitive and caring practices. The government tacks between the imperative that adolescent infractions be satisfactorily condemned, and a more sympathetic discourse that juvenile criminality is the product of state absence and socioeconomic precarity. State actions aim to maintain and/or transform adolescents into manageable and verifiable individuals.

This essay considers the paradoxical role of the technical team responsible for working with juvenile offenders: this team strives, through the reports it produces, to ameliorate the tendency among judges to incarcerate offenders. The reports are a component of the larger project of preventing the mass incarceration of this population.  But at the same time, efforts by these technicians are essential to extending confinement beyond prison. The socio-educative measures used in Brazil permit an extremely specific type of conduct management, extrapolated from the offense committed, and not limited to simply serving a sentence.

In Brazil, since the promulgation of the Statute of the Child and Adolescent (ECA) in 1991, adolescents who commit infractions are sentenced by a special court to fulfill educational measures, preferably within an open regime.[2] The ECA transformed children and adolescents from “objects of intervention” to “subjects of rights” and instituted an alternative configuration of punishment, distant from the toxic and contagious prison space. The statute modified institutional models of care, created innovative technical specialties, and explored questions and possibilities regarding the treatment of people considered to be “in development.” 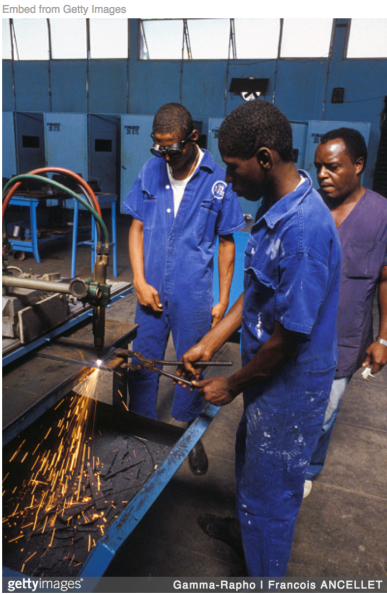 “Assisted freedom” is one of the possible sentences in this new legislative model. Within this model, educational specialists, psychologists, and social workers (which are together called “technicians”) are responsible for offering young offenders and their families follow-up activities, guidance, and placement in social care services during the term imposed by the court (ECA, art.118). They work for non-governmental organizations that partner with the state to construct the service network. During my fieldwork, I followed a team that coordinated and implemented these measures, and produced reports to communicate “improvements” and difficulties faced in each case to the judiciary.

The multidisciplinary team responsible for implementing “assisted freedom” among this group of adolescents see their role as divided between two main tasks: referral and registration. Technicians follow up with each adolescent in both individual and collective meetings, and visit the homes and institutions in which they are placed. The service is carried out through several activities performed jointly by technicians, adolescents and their families. “Opportunities” are offered in a compulsory manner, focused on the insertion of adolescents and their families into public services for education, health and professionalization. Furthermore, the technicians receive and produce documents, tracing the circuits that adolescents and their families traverse. Therefore, technicians know the limits and possibilities of “assisted freedom.” Nonetheless, their knowledge ultimately supports judicial decisions through writing, which represents one of their unique legal instruments.

Sets of documents are produced by the team so adolescents can “enter the system,” start to be assisted, and their “progress” and “initiative” can be proven. Building reports, sending records, and interpreting documents are therefore routine tasks at the core of the technician’s practice. Technicians strive to build reports that have agency and that work as essential tools to communicate the knowledge produced in the center that monitors the adolescent; in doing so, these papers circulate between the center and the judiciary. The technicians try to clearly and convincingly present their perceptions of what they deem to be necessary and sufficient for an adolescent to be considered “resocialized” within the bounds of a narrow technical vocabulary. They briefly describe the adolescent’s school and family situation, and write technical opinions one or two paragraphs long which are intended to show the judges “improvements” made and “resistance” encountered in referrals. The considerable standardization of the terms used and the structure of the reports does not diminish the subtle efforts to insert details into the text that only the technicians have access to. The team seeks to “flag” their impressions about the specificities of each case, and believes that their descriptions may define the success or failure of the socio-educative measures, which are ultimately determined by the judge’s acceptance of the suggestion to close out the socio-educative measure at the end of the period stipulated.

“Assisted freedom” is stipulated by a special court; however, its application is beyond the reach of justice. The measurements by which these socio-educational markers are evaluated, including those which will ultimately index “resocialization,” are very rarely fully outlined in advance. In light of these generic judicial determinations, it becomes the work of the technicians to identify feasible strategies of assistance, achievable goals, and the process’ duration. Technicians examine each case and consider whether or not placement in the educational system is necessary and sufficient; they determine if referral to a labor market is desirable, whether narcotic use is either acceptable or intolerable, and if families need to be placed into further care circuits.

Meetings between technicians and judges to discuss the cases are rare and confrontations are usually confined to papers. Document circulation transforms “assisted freedom” into a game of rhetoric and argumentation. These reports are neither simple summarized versions nor narratives of interventions and the tasks completed with the adolescent. Instead, they are an essential part of what is understood by socio-educative measures. These are tools that record and build actions that will directly influence the adolescents and their families. In general, the courts only see these teenagers through these documents the team drafts. These documents have the power (even if inaccurate) to continue the resocialization process outside of prison, although for this to occur, proof that other circuits of surveillance and control have been activated is required from the team.

In reports prepared by the team and sent to the judiciary, standardized textual terms and strict structures can be activated in different ways, with the most distinct purposes. Writing technique (or technical writing) represents the main political weapon of technicians. Although informed by official guidelines and legislation, socio-educational care is not juridical. Writing works as an attempt to make explicit on a judicial scale that the center’s activities, with respect to the specificity of each case, are acceptable when compared to laws and guidelines that govern assistance care. 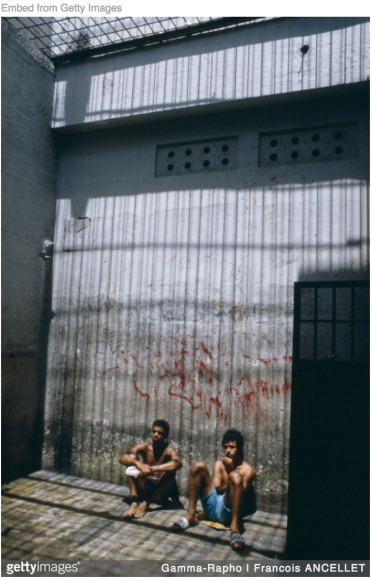 However, uncertainties remain when technical reports arrive in the hands of the judges. There is no guarantee that a report’s definitions and diagnoses will align with court expectations. From the technicians’ point of view, concerns about what judges might consider appropriate for each case are intertwined with the certainty that the knowledge produced by the team is the most legitimate argument to endorse judicial decisions. Every activity developed during the measure and all the necessary and sufficient indexes for a measure to be considered effective in its re-socializing purpose are collected or produced exclusively by the center’s technicians.

I conclude with a warning that must be as explicit as possible today: carceral engineering is creative. It metamorphizes into practices that extend beyond prison walls. The court is not limited to its courtrooms. It extends to the most innocent of disciplines, “opportunities.” Assistance for juvenile offenders routinely reveals controversies about this pedagogical-punitive system: incisive orthopedic mechanisms aim to create subjects that dispense them in the medium term, internalizing in their bodies and souls desirable attitudes and behaviors. This passes through targeted populations as an effective marker of the social spaces each type of individual is authorized to occupy, limiting the rights they can claim and the dreams to which they may aspire.

Apprehended, judged, and assisted in freedom, offending adolescents in Brazil compose an extremely complex circuit of surveillance and control. In addition to the court, several other institutions, including schools, the labor market, health services, and professional training centers to which the court refers juveniles are capable of expanding knowledge, surveillance, visibility, and interventions. In these cases, it is through circulation, beyond prison walls and disciplinary institutions, through freedom, that this population management is enacted. Sara R. Munhoz is a PhD student in Social Anthropology at PPGAS – Universidade Federal de São Carlos. She is a researcher at Hybris – Grupo de Estudo e Pesquisa em Relações de Poder, Conflito e Socialidades (Group of Studies and Research on Power Relations, Conflict and Socialities), and at LE-E – Laboratório de Experimentações Etnográficas (Laboratory of Ethnographic Experiments). She is author of a set of articles and of the book O governo dos meninos: liberdade tutelada e medidas socioeducativas, results of the ethnography developed in her master’s degree regarding the service to adolescent offenders. Her research interests include political and legal anthropology, documents and family anthropology.

[1] Adolescents in the state of São Paulo were incarcerated at the State Foundation for the Well-being of Children (FEBEM), which in 2006 became the CASA Foundation (Center for Socio-Educational Assistance to Adolescents). The transformation is mainly marked by decentralized incarcerations and the construction of new units in the state.

[2] Brazilian legislation includes the following socio-educational measures: warning, damage repair, community service, “assisted freedom,” or incarceration. None of these should, in principle, exceed three years of application; all can (and often) cumulate other measures considered protective. What distinguishes the adolescent from traditional prison punishment is mainly the promise of a clean record at the end of the process. 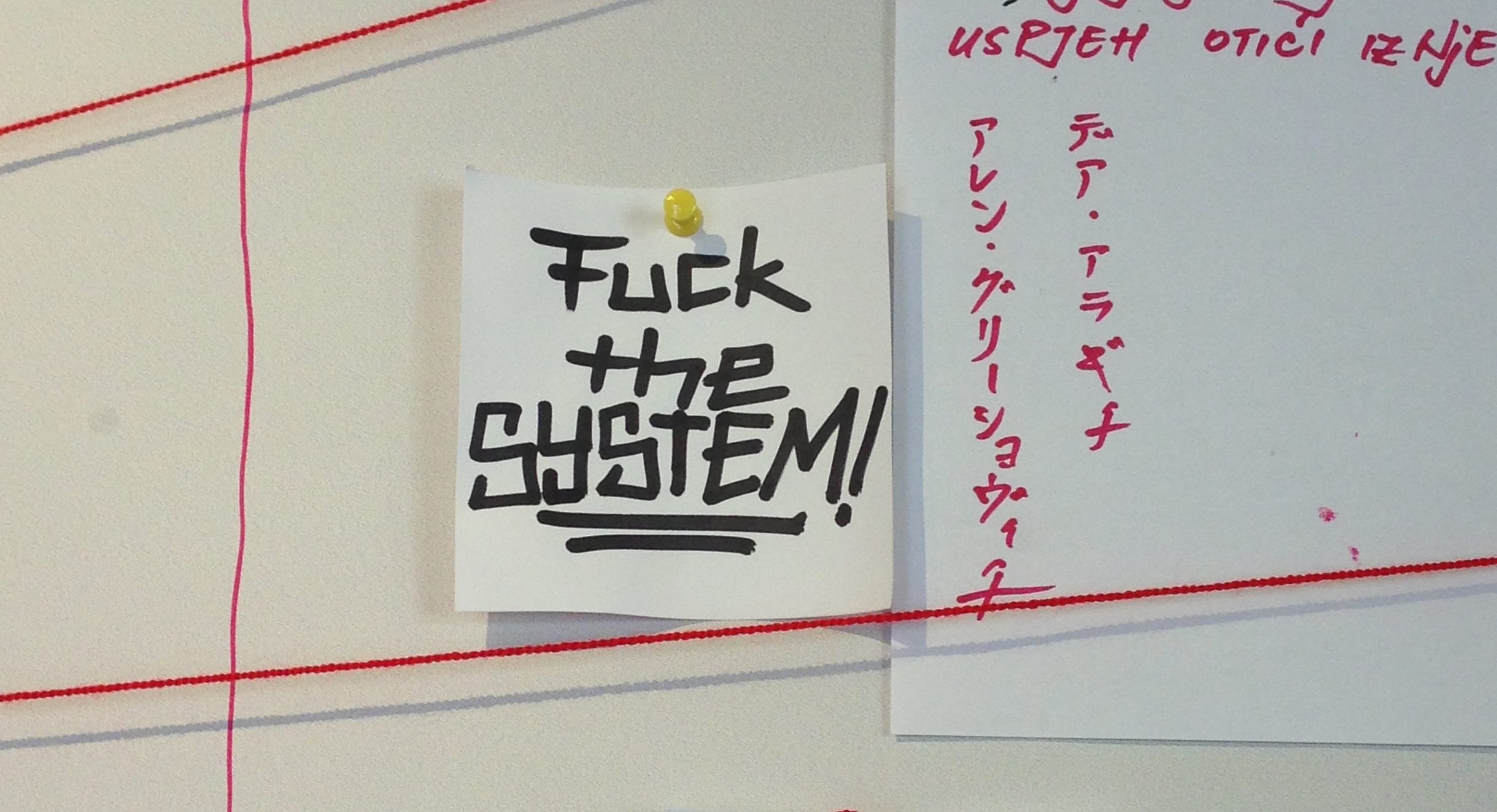 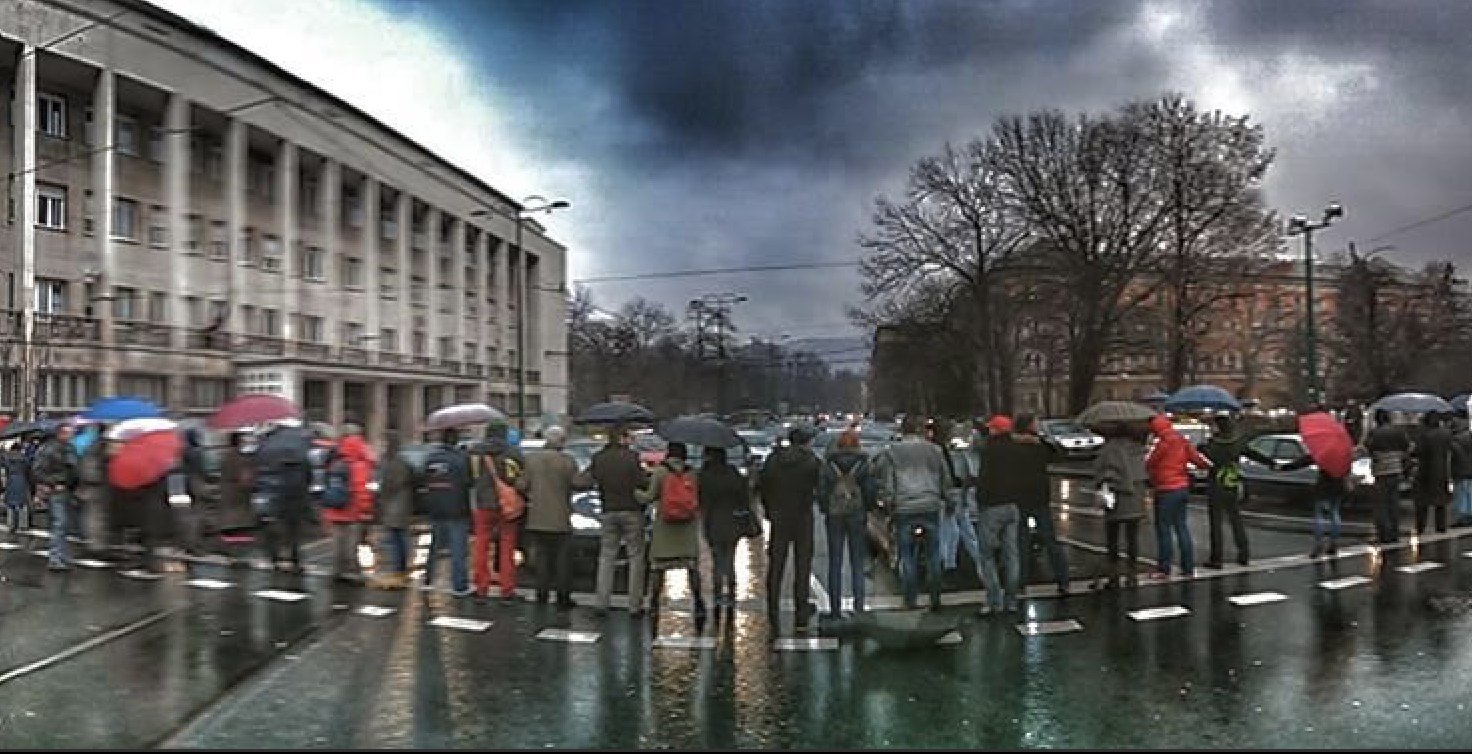 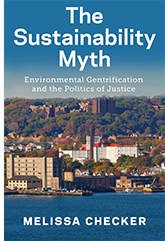