The Ethnography Collaborative Research Network within the Law and Society Association is sponsoring several panels and events of interest to anthropologists. APLA is featuring a preview of the panels and papers as a guide to ethnography-oriented events at next week’s meeting in New Orleans.

Following the Law: Ethnographies of Compliance and Legal Obligation

Wittingly or not, it is still common to take “following the law” for granted. The law is being followed, according to this logic, so long as it is not actively being broken. Implied here is a set of assumptions about law, legal meaning, and behavior: that laws “mean what they say”, that “following” or “obeying” the law is an uncomplicated, de facto, normative process, and indeed that people do in general comply with law on the books. The papers on this panel offer an alternative view, one in which the act of following the law is not such a simple task, and deciding if a law is being followed becomes quite difficult. This may be because the laws themselves are unclear; because the social, environmental, or technological context is changing; or because following the law conflicts with personal moral or religious convictions. These complications raise questions about law’s temporality, its power to shape action, and its legitimacy (as well as the legitimate scope of resistance). Exploring contexts ranging from the constitutional politics of anti-discrimination in India and the US, to private law and legal forms in Mumbai, to the recreational marijuana industry in Colorado, these papers reveal the complexity of following the law, thereby shedding light on how laws and their commands interact with changing social norms, follow (or lead) technological and scientific knowledge, and shape personal choices and understandings of obligation and compliance.

Following the Constitution: Sexual Minorities and Constitutional Morality in India and the US
Leo Coleman, Hunter College/CUNY

This paper examines recent cases regarding the rights of sexual minorities in India and the US not only as instances of judicial interpretation, but as wider ethnographic events in which courts and officials maintain moral justifications for their actions, and create new grounds for following (or not following) the law in relation to a specific minority’s demands for recognition. The Indian constitution, according to its principal draughtsman B. R. Ambedkar, sought to embed the principles of a “constitutional morality”—which for Ambedkar meant a respect for legal forms, an adherence to instituted procedures, and acceptance of legal forms of recognition (with all their limitations) as the basis of citizenship. According to Pranap Bhanu Mehta, Ambedkar believed that only by accepting the limitations and the formalisms of constitutional government could a real and substantive equality among citizens be achieved. This did not however mean narrow adherence only to the written document of the constitution—Ambedkar explicitly saw constitutional morality as a source of ongoing social change. In recent United States constitutional jurisprudence, constitutional formalism has likewise been linked to morals, but in a contrasting way. The deployment of a due-process reasoning that links equality to liberty to expand judicial recognition (in particular to protect rights for sexual minorities) has, in the eyes of some conservatives, produced decisions that can only be understood as one-sided moral crusades. A return to formalism and proceduralism has been advocated by conservative justices and commentators alike, in the name of following the letter of the constitution and as a principle of moral minimalism.

In this paper, I argue that the fact that these contrasting views of constitutional morality both embed specific moral goals in their reliance on technical legal procedures (of representation and interpretation) and reveal an important “moralizing” element inherent in all legal formalism. I move beyond attacks on formalism as apolitical, or celebrations of it for the same putative neutrality, to explore how formal constitutional obligations and technical adherence to constitutional law relate to specific moralities in two different ethnographic contexts. In both cases, there is a conflict between interpretations that locate the moral force and charter of government in underlying, fundamental constitutional arrangements, and others that find in technical legal practices themselves the site of deep moral problems. I focus on this conflict between “constitutional” morality and “technical” legality in each case, and argue that ethnographic approaches to law could reach significant insights about states and their operations if we supplemented our traditional focus on legal processes by paying closer attention to the specific occasions on which legal actors use moral arguments, often by stipulating the moral implications of law’s own procedures. Ultimately, this comparison allows us to understand what appear to be moral conflicts integral to the liberal recognition and governance of diversity as issues of the legal formalization of moral thought. These cases might help us understand the power granted to legal and constitutional formalisms when they become directly and immediately sites of moral contest, and when “following the constitution” and “following the law” are no longer self-evidently good acts, but rather come into conflict with other political and social commitments.

On January 1, 2014, sales of marijuana for recreational purposes to persons over 21 became legal in Colorado. Medical marijuana was already legal, with a well-established network of growers and dispensaries. Recreational marijuana, as both a political idea and a practical reality, built upon the success of the medical market. At the same time, it has faced its own set of challenges. At the heart of these challenges, is the question of legitimacy. This paper examines the efforts to legitimize the recreational marijuana industry in Colorado. Such legitimation work has been key to the efforts of those pushing such policy changes forward. Legitimizing the legal marijuana industry for proponents means establishing the legal marijuana industry as not just a viable alternative to prohibition, but a viable industry on its own terms. The focus of the paper is on those with perhaps the greatest stake in legitimizing the industry: owners of marijuana dispensaries. Based on interviews with owners and observations of dispensaries in the Denver Metro area, as well as analyses of political campaigns in support of legalization and related sources, this paper identifies four specific domains in which this legitimation work is most visible: 1. An emphasis on the legal marijuana industry as an antidote to the illegal marijuana industry. This includes, amongst other things, the systematic exclusion from the legal industry of anyone with documented ties to the illegal marijuana industry (e.g., a felony drug conviction). 2. An emphasis on the healthful over the hedonistic dimensions of marijuana consumption, even when discussing recreational marijuana. This includes everything from marijuana as a treatment for specific ailments such as PTSD to marijuana as a less harmful alternative to alcohol (e.g., no hangover). 3. An emphasis on the prominence of regulation, on the importance of compliance with regulation, and on the regulatory apparatus around alcohol as the model for regulating the marijuana industry. 4. An emphasis on dispensaries themselves as good citizens: civic-minded small businesses, creating jobs, generating tax revenue, supporting the tourist economy, funding schools, diverting money away from the illegal drug economy, and so on. In this way, I outline the processes by which a new approach to marijuana policy is being established in the day-to-day efforts of marijuana dispensary owners.

These efforts to legitimize the legal recreational marijuana industry in Colorado are part of a broader shift in marijuana policy beginning to take place in locales around the world. Notably, a General Assembly Special Session on Drugs is scheduled to take place at the UN in 2016-the result of a direct request from Mexico. But it is changes in the United States-historically, the world’s preeminent drug warrior-that are perhaps the most surprising and significant. Marijuana is legalized in one form or another in 23 US states and the District of Columbia. Most of these states have legalized marijuana for medical purposes. However, four states (Colorado, Washington, Oregon and Alaska), as well as the District of Columbia, have legalized the sale of marijuana for recreational purposes. Although marijuana legalization is in direct violation of federal law, former Attorney General of the United States, Eric Holder, stated that the Department of Justice would allow the states to move forward with their experiment in legal regulation (Washington, DC’s circumstances are a bit more complex). There is no indication that Holder’s replacement, Loretta Lynch, plans to change course. Legitimizing the legal marijuana industry for proponents means establishing the legal marijuana industry as not just a viable alternative to prohibition, but a viable industry on its own terms.

The ethnography here contributes to conversations in law and society regarding the interplay of regulation, compliance, and legitimacy in the ongoing construction of legality. As the interviews with dispensary owners demonstrate, following the law is crucial to the marijuana industry’s efforts to legitimize itself. Compliance is an opportunity to shape legal meaning as much as it an alignment with legal demands. Thus, as dispensary owners comply with new regulations, they bring into being this new regulatory apparatus, shaping the trajectory of future drug policy in the process.

The ‘Law of the Land’?: Trust Documents, Religious Custom, or the Indian Constitution
Leilah Vevaina, The Max Planck Institute for Religious and Ethnic Diversity

The Parsis (Indian Zoroastrians), like many other religious groups, manage their ritual spaces and properties within charitable trusts. Indeed, the Bombay Parsi Panchayat (BPP), now the apex body of the community, was inaugurated by a trust deed in 1884 that endowed a jungle plot on Malabar Hill, in south Bombay as a Tower of Silence complex (Zoroastrian funerary space) known as Doongerwadi. In recent years, disputes over the very political and religious authority of these trusts over the social and religious lives of Parsis have created enormous amounts of formal litigation as well as controversy within the community. From minor disputes over rent and inheritance to highly controversial cases that have now reached the Supreme Court, litigation seems to have overtaken the daily life of many charitable trusts.

Through two key pieces of litigation, this paper will show how access to spaces managed by trusts by intermarried women (1 in 3 Parsi women today) and so-called ‘renegade priests’ who perform rituals for them, is furiously debated and negotiated by the community through the Indian judiciary. Within these legal battles, courts must negotiate the status and authority of nineteenth century trust deeds against religious custom, and the reach of the Indian Constitution in minority religious affairs, each held to be the ‘law of the land’. This paper explores these issues and argue that the trust, as an inherently discriminatory mechanism of property management, further complicates the already knotty entanglements of legal pluralism in India.  In the both cases, petitioners and respondents claimed to be following ‘the law of the land’ and crafted their arguments using various combinations of trust deeds, constitutional protections, religious customary law, and more ‘modern’ ideas of gender equality and fairness. Even though many Parsi trusts are for Parsis only, they are still considered public charitable trusts because they provide charitable funds and services to a subset of the public, in this case a minority group. Therefore although they are inherently discriminatory, in a certain sense, they are not seen as going against the Constitutional ethos of equality before the law. They are however held in check because of their duty to fulfill their objects for their beneficiaries. Armed with ‘the law of the land’ these beneficiaries insist that trusts follow the law as well. 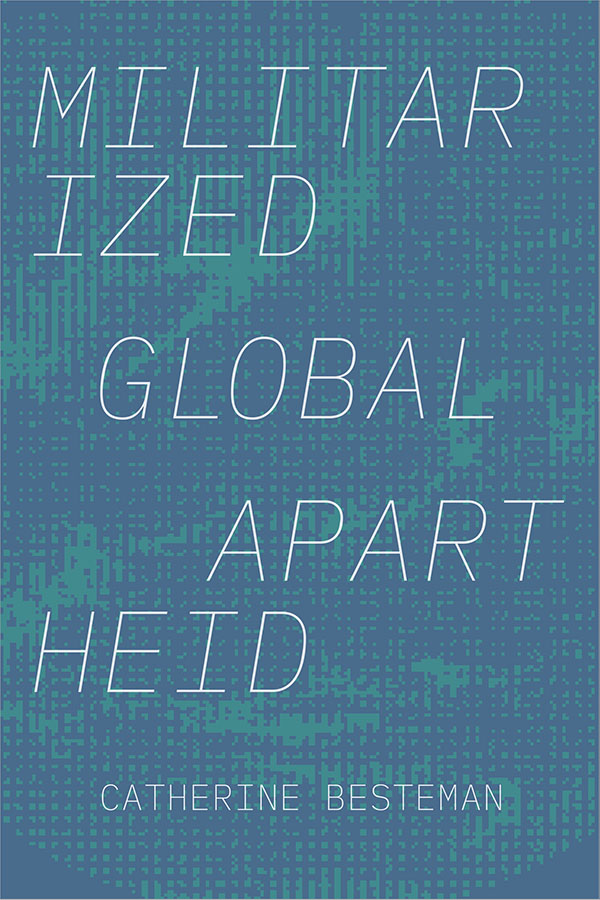