Session proposals for the 116th AAA annual meeting are due April 14th — and via our website and listserv, APLA is helping members connect with other scholars to develop and complete proposals. This year’s theme, “Anthropology Matters!” is a response to contemporary challenges — including climate change (recent free issue of PoLAR), rising inequality, migration, the rise of right-wing nationalism, and marginalization of social science expertise in public discourse. The theme, and the current political moment, offer ideal opportunities for political anthropologists to engage.

The meeting CFP notes, “Emphasizing the relationship between anthropology and recent social movements, Leith Mullings used the phrase ‘anthropology matters’ in her 2013 AAA Presidential Address to highlight the important spaces that have emerged for theoretical and methodological innovation as anthropologists help solve human problems through education and advocacy. The world of the Anthropocene, packed with meaning and crisis, needs anthropologists with critical skills in empowering subaltern voices and practices. Biomedicine and racialized neo-eugenics are substantive obstacles to social justice, health and well-being. Crises over nationalism, (im)migration, biology/politics, and inequality are constantly erupting in the 21st century.  Biodiversity, and the manipulation of biotic materials in the marketplace, generate multispecies ecologies that shape the daily experiences of humans globally. Mainstream media pundits, disingenuous politicians, legal scholars, psychologists and economists tend to dominate the public discourse on life, law, economics, sports and entertainment—the panoply of human experience. We are in the midst of substantial (re)writing of histories, presents and futures. The Anthropocene pleas for anthropological investigation, translation, influence and action. Let anthropology respond. Loudly.”

If you are looking for panelists for your session or looking for a panel for your paper, we want to help you connect with colleagues. Send CFPs to our Communications Liaison and Listserv Manager, Rand Irwin:  Irwir459@newschool.edu. And check out the links below where CFPs we have received are provided to connect you with like-minded colleagues. The annual meeting proposal rules are explained here, and the portal for submissions is here.

The Media: Its Role in the Building and Derailing of Public Institutions and Public Trust

Irresolution and the Politics of Possibility

What’s the Matter?: Ambiguous Relations and Material Rules in Action

Finding the Future: Future as Analytic, Device, Object in Ethnography

The Corporation and the Culture

The Anthropology of Anachronism: On Failures, Reversals and the Space-Time of Political Possibility

Politics and “The Good Life”

Language and Agency in Confinement: The Semiotics of the Carceral State

Keeping the Gate: Refugee Management as Statemaking in a Post-Sovereign Era

Dependent Autonomies: Cultivation and Evasion in the Constitution of Alternative Loci of Authority

Archiving Natures: Between Documents, Science, and the State

Can Applied Anthropologists Challenge Power Structures by Working within Them?

Beyond Snowden: The anthropology of whistleblowing

States of Anticipation: The Promise and Peril of Official Recognition

Discourses of Immigrant Reception in Rural US Communities

ROUNDTABLE: Migration, Media, and the Politics of Representation

Citizenship on the Periphery

Back to the 30s? Capitalist Crisis, National-Popular Politics, and the Specter of Sovereign Violence

Future Matters: Childhood and Global Citizenship in Times of Uncertainty

Anthropology of Police: Techno-politics, Reform, and Questions of Violence

Making Anthropology Matter in the Academy: Application, Activism, and Community Engagement with Students in the Trump-Era United States

Forms of Life at Legal Frontiers

Measurement and the Making of Markets

ROUNDTABLE: Recovering Anthropology’s Voice: From Ethnographic Practice to Writing for the Public

Screen-Level Bureaucracy: Organizational Encounters in the Digitized and Automated World

Golpe/ Darbe: Seizures of Power in Brazil and Turkey

Protest Matters: The Objects, Art, and Affect of Resistance

A Bad Age for Citizenship: Barriers to belonging in the school years

Kinship at Work / Working on Kinship: a fresh look at matters of labor and love

ROUNDTABLE Call for Five Presenters for:  Empathy Matters: Teaching Interventions in a Time of Intensive Inequality and Division 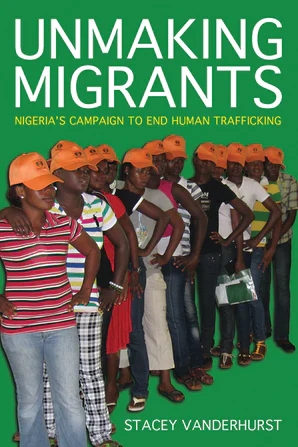